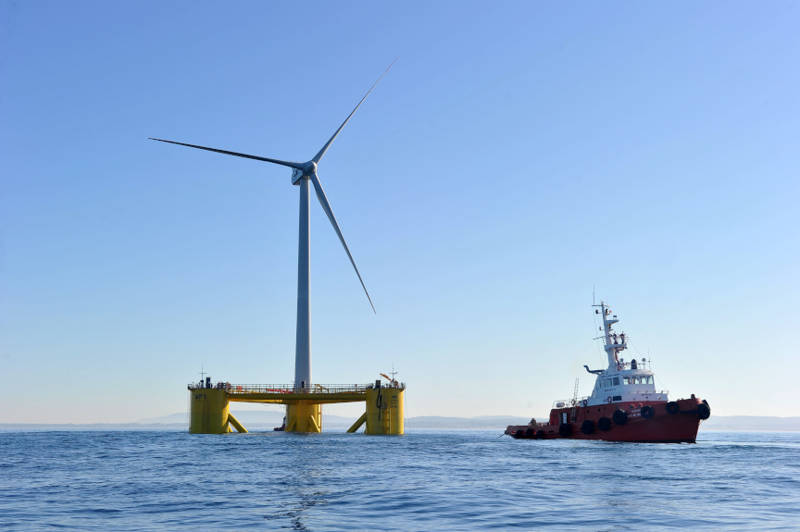 In the first application of Gama98® Dyneema® DM20® fibre ropes as mooring lines, Lankhorst Offshore has supplied mooring tethers to Windplus SA for the 25MW WindFloat Atlantic Project, offshore northern Portugal. The wind turbine generator (WTG) platforms will be moored at a water depth of 85 – 100 m.

The WindFloat Atlantic Project comprises three WindFloat 8MW WTG platforms that will be installed 20km off the coast from Viana do Castelo. The WindFloat is a triangular shaped semi-submersible floater with a wind turbine erected on one of the columns. Each platform’s mooring system is made up of three catenary mooring lines of Gama98® rope construction made from Dyneema® DM20® attached to chain and drag embedded anchors. The soft catenary mooring system will restrain the platform’s horizontal motions.

The ease of High Modulus Poly-Ethylene (HMPE) rope handling will result in lower costs compared to spiral strand steel wire both during installation and future disconnection. The mooring lines will be pre-laid on the seabed, prior to the arrival of the WTG platform, and connected using platform mooring connectors. 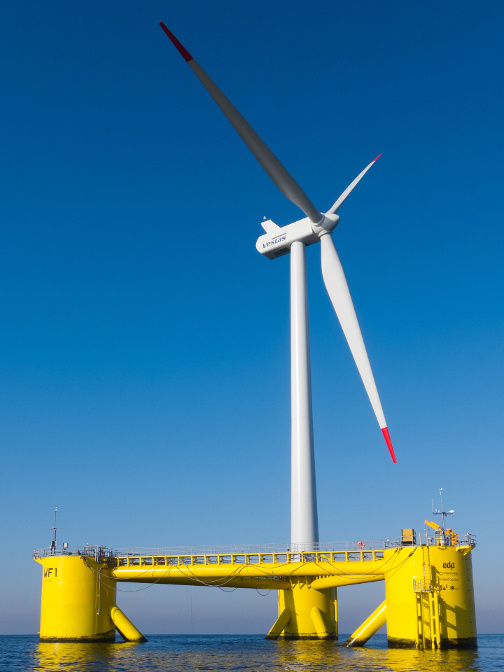 “The WindFloat Atlantic Project is a significant mooring project. It marks the first ever use of Gama98® Dyneema® DM20® as mooring tethers in any offshore mooring application,” says Alberto Leao, Sales Renewable Energy, Lankhorst Offshore. “The mooring characteristics of Gama98® Dyneema® DM20® makes it an ideal for offshore mooring projects and places Lankhorst at the forefront as the Fibre World Technological Leader on Mooring.”

The American Bureau of Shipping (ABS) has certified the WindFloat Atlantic floating foundations and approved the Gama98® mooring rope design.